Baltzersen, R. K. (2017). Collective knowledge advancement as a pedagogical practice in teacher education. An explorative case study of student group work with wiki assignments in the interplay between an offline and a global online setting [Dissertation, University of Oslo, Faculty of Educational Studies.]. Oslo. Dissertation.

Duran, D. (2017). Learning-by-teaching. Evidence and implications as a pedagogical mechanism. Innovations in Education and Teaching International, 54(5), 476-484.

Ireland is increasing its use of Citizens’ Assemblies

The Citizen’s Assembly in Ireland and the Citizens’ Council in Ostbelgien are prominent examples of an ongoing “deliberative turn” in democratic countries. Citizens’ Assemblies (CAs) convene a relatively large group of randomly select individuals to discuss a particular political question and provide a set of recommendations. The participants must usually be representative of the wider population. It aims to to give individual citizens decision-making power and suggest solutions on difficult political problems, such as climate action and abortion rights.

“A CA must have clarity of process, a controlled environment, a clear input and promised outputs” (Foley, 2022).

Ireland is arguably the world leader in the use of CAs. In 2022, the country will for the first time run two separate CAs concurrently. One CA will discuss Biodiversity, analyzing biodiversity policy and other policy priorities including, but not limited to, economic development, climate action, sustainable development, agriculture and tourism. It addresses the growing biodiversity crisis, which has been caused by habitat loss, overexploitation, and climate change. There is a rapid acceleration of animals and plants becoming extinct. CAs are vital in transforming national policies in a rapid way. The prime minister of Ireland Micheál Martin said he would “bring to Cabinet shortly proposals for a citizens’ assembly on biodiversity”:

“I think it’s absolutely critical that we move on this and move with speed and conviction, and I intend to do that.”

The other CA will consider the type of directly elected mayor and local government structures best suited for Dublin. The assemblies will be asked to report back within nine months, providing an opportunity to experiment with logistical challenges and managing capacity. When this work is over, there will be two new CAs on Drug Use and the Future of Education. The two assemblies meet for the first time in April and will report back with their findings within 9 months or sooner.

“If I was a Minister with responsibility for the Drug Strategy I would be front and centre of the call and advocacy for a Citizen’s Assembly on Drugs. Imagine being a minister at such an exciting time. The expertise you would have access to and the solutions that could arise” Senator Lynn Ruane.

Today, CAs are increasingly being regarded as the best way to revitalize western democracies. The background is the decline in formal democratic participation expressed in falling political party numbers, low turnout in elections and political disaffection. There is also a measurable decline of public trust in politicians (Foley, 2022). However, there are still many challenges. One of the most important is that the many recommendations from previous assemblies have been ignored or rejected by the Irish Government.

Posted by Rolf K. Baltzersen at 5:22 PM No comments:

I’m sure we’ve all watched it by now:  the science fiction satire “Don´t look up”. Towards the end of the movie Professor Randall Mindy (Leonardo DiCaprio) confronts tech billionaire Peter Isherwell (Mark Rylance) on his technological plan to destroy the comet that threatens to destroy Earth: “I just want to make sure that you´re open to the scientific peer review process - and you´re not approaching this mission like a businessman”. As we all know, Isherwell ignores his request and the consequences are apocalyptic.

Don’t Look Up may go down in history as the first major Hollywood film that highlight the catastrophic consequences of neglecting the scientific peer review process. “This is the first time I've heard the peer review process so extensively discussed in a movie, which is great.” “It’s a movie at its core that really speaks to the importance of science-based decision making in our society, in our daily lives.” Says Amy Manizer, an astronomer and professor of planetary science at University of Arizona (link)

However, the scientific peer review process today also faces major challenges. There are increasing concerns about the difficulty of recruiting reviewers and the low quality of the review work. To meet these challenges, some journals have completely transformed the way they do peer review. In 2019 the Editorial Board of Synlett (led by Nobel Prize winner Ben List) decided to make Crowd Peer review the default method for the review of manuscripts. Another journal SynOpen now only does Crowd peer review.

What is crowd peer review? It is a scientific review process is organized around a crowd of reviewers engaging in a scientific discussion instead of independently reviewing the manuscript. A large number of reviewers get access to a manuscript and will finish a review over a shorter timeframe. While, the traditional peer review originates from a time when manuscripts were sent back and forth via paper mail, the online setting now offer opportunities to do cooperate in doing the peer review.

There are at least six positive effects of leveraging crowd diversity in a peer review process:

The peer review period is very rapid compared with a traditional peer review. Typically, a manuscript is online for our crowd for only two to four days. It is enough to obtain a sufficient amount of quality feedback. The complete publication process will often be finished within a few weeks. More than a dozen individuals will usually participate in the review process (van Gemmeren & List, 2021).

Because the members of the crowd are more diverse, the author will also receive a wider variety of comments. All the members of the crowd have access to the same version of the manuscript. They can see previous comments and respond to these comments. Disagreements are discussed, reviewers can both defend their position or change their recommendation. Other reviewers can join this discussion too, and often a consensus statement will emerge. If not, the arguments for both positions will make it easier for the editor to weigh-up the opposing recommendations and make a more informed decision. The many crowd comments lead to a much stronger joint responsibility to properly evaluate the manuscript. This reduces the problem of independent reviewer reports that are drastically contradictory (van Gemmeren & List, 2021).

Crowd peer review reduces the risk of biased referee reports. It prevents referees from following an agenda and reduces the number of extreme opinions. One problem can also sometimes be harsh comments.

Since reviewers are anonymous, they will not feel the same “peer pressure” to follow other opinions if they do not agree with each other. Anonymous statements make it easier to avoid bias and make an independent assessment. The reviewers do not hesitate to engage in a discussion when conflicting opinions exist.

Software such as ScholarOne and Filestage is used to organize the online peer review process (van Gemmeren & List, 2021).

A much larger and more diverse reviewer base can be recruited. This includes highly trained assistant professors and postdoctoral researchers, but also chemists who have left academia to lead industrial research laboratories. In this way, the peer review becomes the responsibility of a much broader group of scientists. In many journals, reviewer requests are directed towards the most visible members in the scientific community, leaving many potential reviewers out. This review becomes more inclusive by involving underrepresented groups of scientists (early in their career stage, country of origin, etc.). Young researchers receiving few peer-review requests experience that they can give something back to the community and can help shape the journal. It also reduces the overload of certain reviewers in traditional peer review, by using a broader reviewer base (van Gemmeren & List, 2021).

In recent years, the problem of ‘reviewer fatigue’ has increased due to an ever-increasing volume of submitted manuscripts. A small group of individuals get many requests, and this also slows down the peer review process.

The transparency of the online environment also stimulates collective learning. All reviewers learn something about their own comments by receiving feedback on them through scientific discussions. Only by reading comments from other referees, one gets insight into issues one might have previously overlooked. This may be important in their further development both as scientists and reviewers (van Gemmeren & List, 2021).

5. Less work for a single reviewer

Most crowd reviewers will not have the same amount of work as in traditional peer review. Different members of the crowd tend to comment on different aspects of a given manuscript. Some focus only on the big picture, others have a keen eye for the quality of analytical data or put particular emphasis on the quality of the graphical material. For example, a reviewer can just leave one comment on the overall recommendation or focus on some aspects of the manuscript of insufficient quality. It can save a reviewer a lot of work, when they can just agree with a comment already instead of writing the same comment (van Gemmeren & List, 2021).

It is the aggregation of the multiple diverse contributions that result in the full referee report. “Reviewer fatigues” is avoided because the level of feedback from the reviewers is much more flexible. Reviewers can select the manuscripts they think are most relevant for their academic background. They can also choose if they have the time to make comments in the short peer review period (self-selection) (van Gemmeren & List, 2021),

A good peer review should also help the authors improve their manuscript as much as possible. The review can produce very detailed comments and substantive referee reports. The crowd reviewers are able to scale up both the amount of feedback on the scientific content itself and how it presented. This includes stylistic and grammatical errors, inconsistencies, and ways to improve the fluency of the academic language. Instead of just getting a general comment that the language must be improved, one will receive many specific comments on how the writing can be improved. Reviewers will often comment on specific issues that are of insufficient quality and suggest on further experiments and improvements (van Gemmeren & List, 2021).

After the crowd review, the annotated manuscript with all the comments is generated into a review report. This report and a brief summary made by Crowd Review Editor is sent to the Editor who makes a decision, whether to accept, reject or request revisions of the manuscript. The review process reduces the conflicts of interest and brings a more precise conclusion to the fate of the manuscript, which sometimes is difficult in a traditional peer review. Only occasionally is it necessary to supplement the comments of the crowd by those of additional experts (van Gemmeren & List, 2021).

Posted by Rolf K. Baltzersen at 9:47 PM No comments: 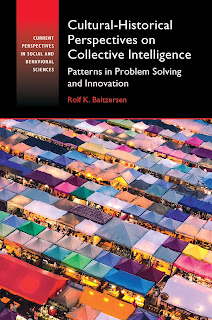 Posted by Rolf K. Baltzersen at 5:56 PM No comments:

Posted by Rolf K. Baltzersen at 4:20 PM No comments:

Lenke til bildet
Posted by Rolf K. Baltzersen at 10:53 AM No comments:

Rolf K. Baltzersen
I work as a Professor at the Faculty of Education, Oslo Metropolitan University. Twitter 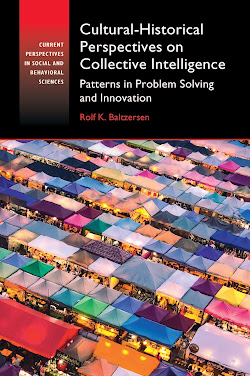 My profile at different sites